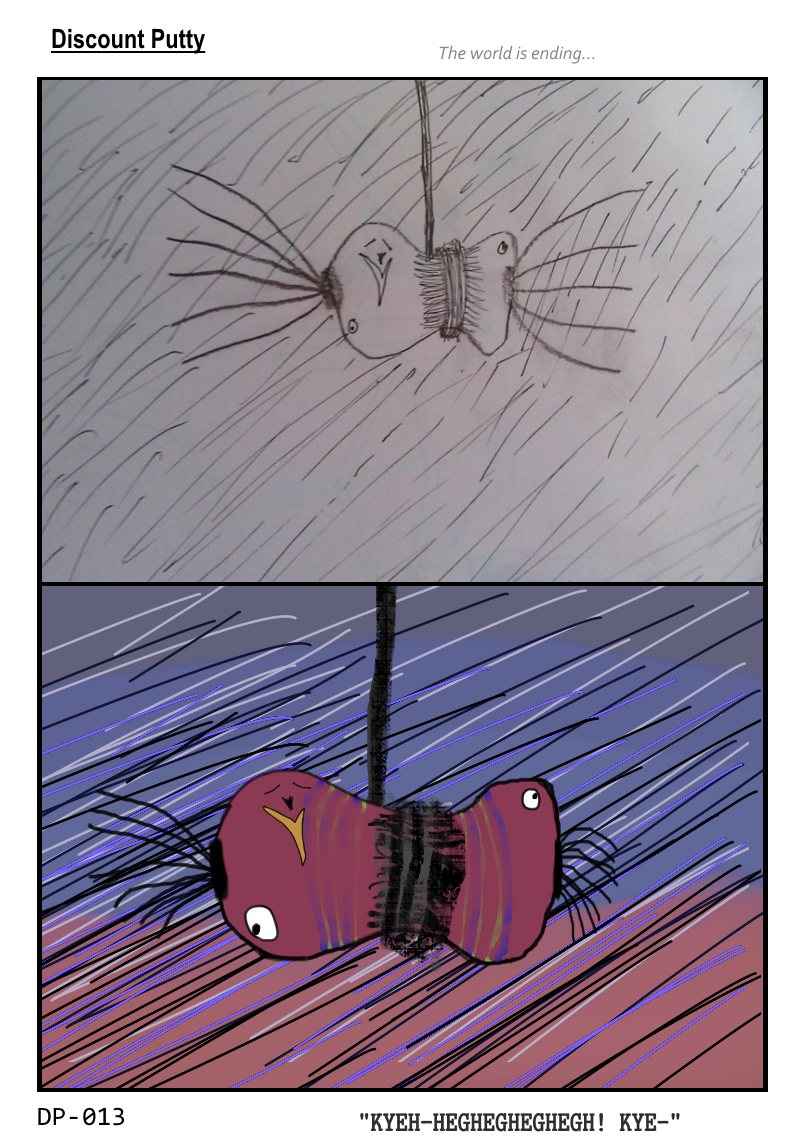 You'll probably feel something a bit familiar in this one. This artwork was made right between Dark Cave and the "must take a break for health reasons" panel. This artwork comes from a time when I was in "The Lowlands" of my own life, temporarily residing in a certain kind of building which caused me to create my first ever webcomic hiatus. That was the year I missed Halloween.

While in The Lowlands, there were a lot of things I didn't know. I didn't know what I was supposed to do. I didn't know who I was. I didn't even know if I was going to get out of there with my freedom intact.
But one thing was certain. One thing I knew perfectly well. The drawing was not some abstract scribble, it was not a funny alien, and it certainly was not a spider.

It was a doomsday bomb.
Descending from above, unspooling downwards from an unknown source, cackling madly as though the destruction of an entire world was a small joke.
It was weaponized disaster.
And it destroyed everything.

(I made a second version of the same hand-drawn illustration because I like my readers and kinda thought this would be fairer for them.)
User comments:
Post a Comment
Seabiscuit 10.1.2016
edit delete reply

And I still somehow missed one?!
In my defense, I've been sick D:

So then.
Do you have a preference for which version of this panel you like more? I think I'm going with the hand drawn one.
Seabiscuit 14.5.2017
edit delete reply

Sorry to necro-style bring this up again, but I have a thought. What's up with me and good colours? Is it because I have ultra-palette eyes? Is it because I'm in New Zealand? For some reason I make colourful and bright images all the time, and I don't even know if I have any idea how to make dull, Real Is Brown type of artwork. It's always so... Colin Thompsony...
Seabiscuit 4.9.2017
edit delete reply